The famous Alexandra Palace in North London has a long history of catastrophic events. Completely burnt down just a fortnight after opening in 1873, the complex was again devastated by fire in 1980. Although largely rebuilt after both tragedies, the 19th Century theatre in the East Wing had remained dark for over eighty years and told a story of grandeur overlaid with decades of alteration, damage and slow decay.

Feilden Clegg Bradley Studios were asked to help breathe new life into the much-loved cultural icon with the regeneration of the East Wing and Theatre. Using an approach of “arrested decay” where consolidation is used rather than restoration, the architects integrated a new technical infrastructure while retaining the unique character of its historic spaces.

The 900-seated auditorium has been made fit for modern habitation standards capable of hosting varied performance events. This is contrasted with the aesthetic of the interior where the Victorian walls and ceilings have been made structurally sound whilst retaining the scars of its unfortunate history.

Shadbolt were asked to assist with the project to ensure the acoustic standards were met throughout the building. Factory-primed FSC certified doors, doorsets and overpanels were manufactured and supplied to the building with both FD30 and FD6o fire resisting performance and 43dB acoustic rating. 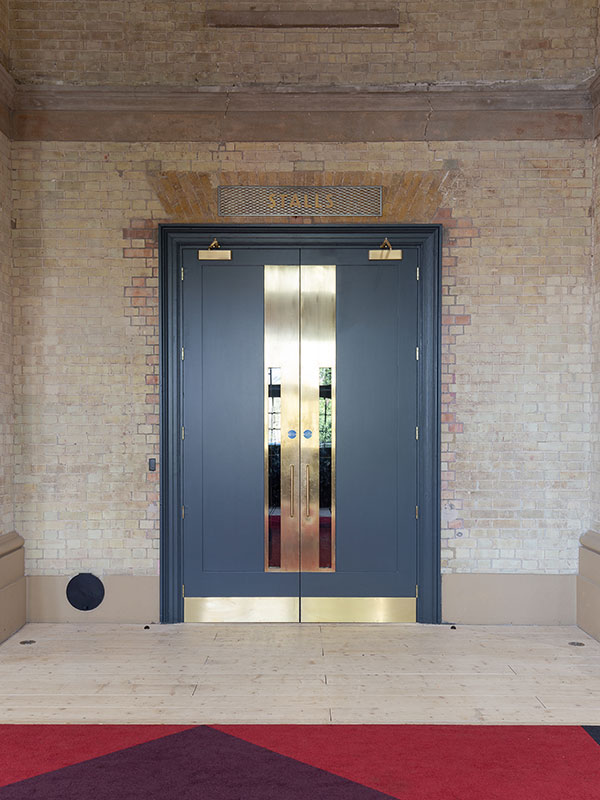