Designed by Richard Seifert and completed in 1966, Centre Point tower is situated at the intersection of Oxford Street and Tottenham Court Road and is one of London’s first skyscrapers. Originally home to offices, the building was acquired in 2010 by developer Almacantar and has been converted into 82 luxury apartments.

Appointed as architects and interior designers on the development, Conran and Partners have taken the approach to work with the spirit of the original design whilst reinventing it for the twenty first century. One of the Grade II listed buildings most iconic features is its concrete honeycomb facade. This has been carefully restored and cleaned whilst the glazed envelope has been replaced entirely, to the original pattern, but to modern thermal and acoustic standards.

The 36-storey tower has an interesting structure, where only four columns support a central spine beam that extends along the full length. This gives it unusually deep and column-free floor plates, measuring 30 metres long and 16 metres wide. This has been embraced in the layout of the apartments with en-suite bathrooms and corridors clustered in the centre of the building, allowing the living areas and bedrooms to maximise the light and views around the perimeter of the floor plate.

The use of materials at Centre Point is warm and welcoming, and Shadbolt were asked to assist in this regard. Bespoke specially matched straight grain European Oak veneered doors were manufactured and supplied either as non-rated, FD30 or FD60 PAS 24 certified fire doors with solid matching framesets and screens. In addition, factory primed FD90 fire-resisting doors and doorsets were supplied as well as vanity unit panels stain finished to meet the architect’s control sample. 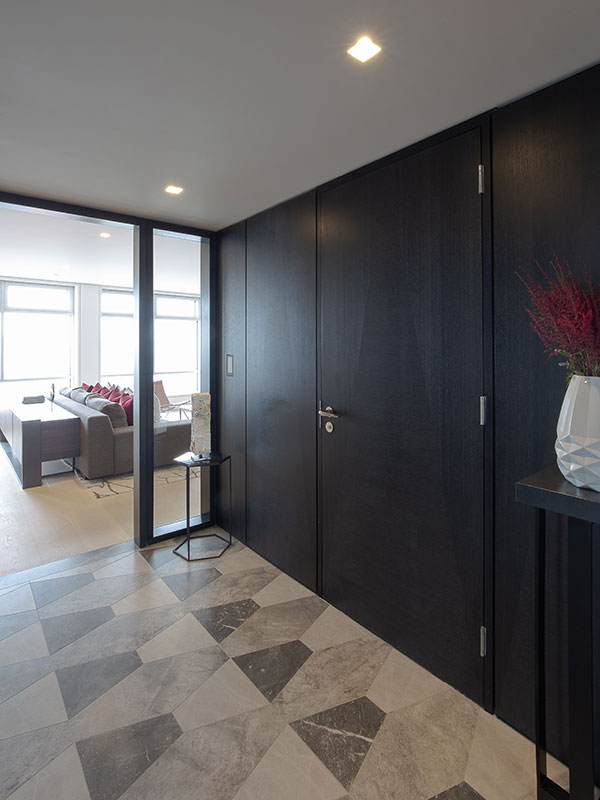 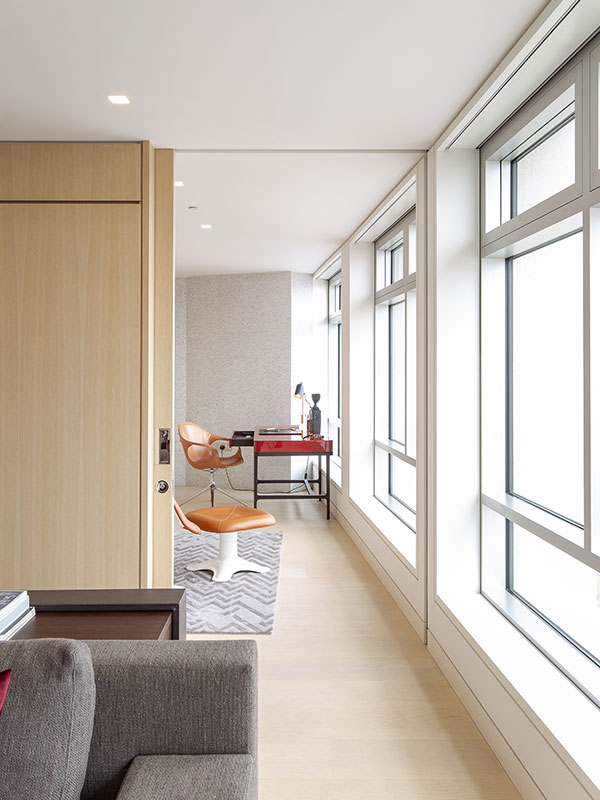 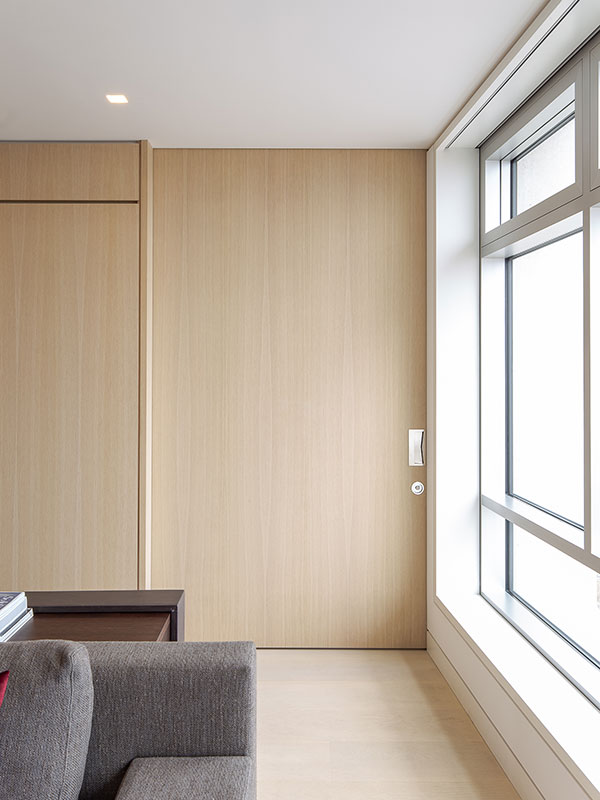